Mid of March the developers of TorqueSim surprisingly announced a Britten-Norman BN-2 Islander and provided first screenshots. Now there are more infos and new pictures.

The surprise was big on March 14, when the next project of the young TorqueSim BN-2 Islander developer team was announced. Surprising especially because they have been working together with RealSimGear on a Cirrus SR22 since the end of January.

So now a second project comes along with the Britten-Norman BN-2 Islander. And that even from a quite exciting aircraft. 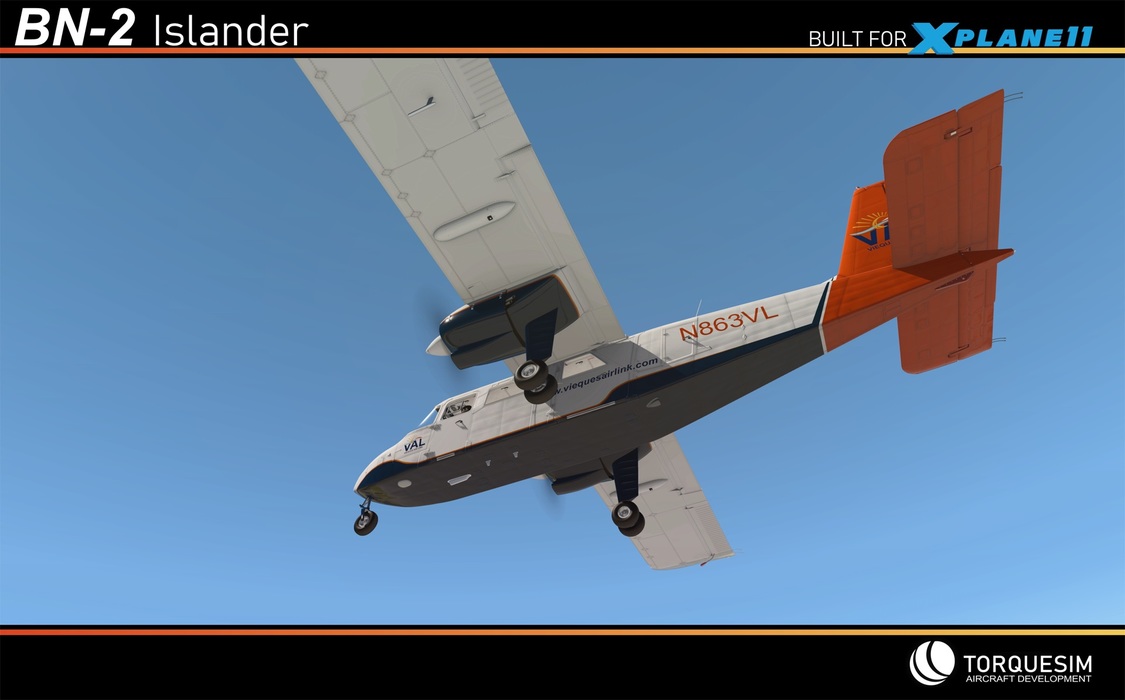 While the first screenshots showed only a few and almost exclusively the exterior model, today the full program is available. Besides some shots showing the aircraft from outside and in action, the focus this time is mainly on the cockpit and the interior. 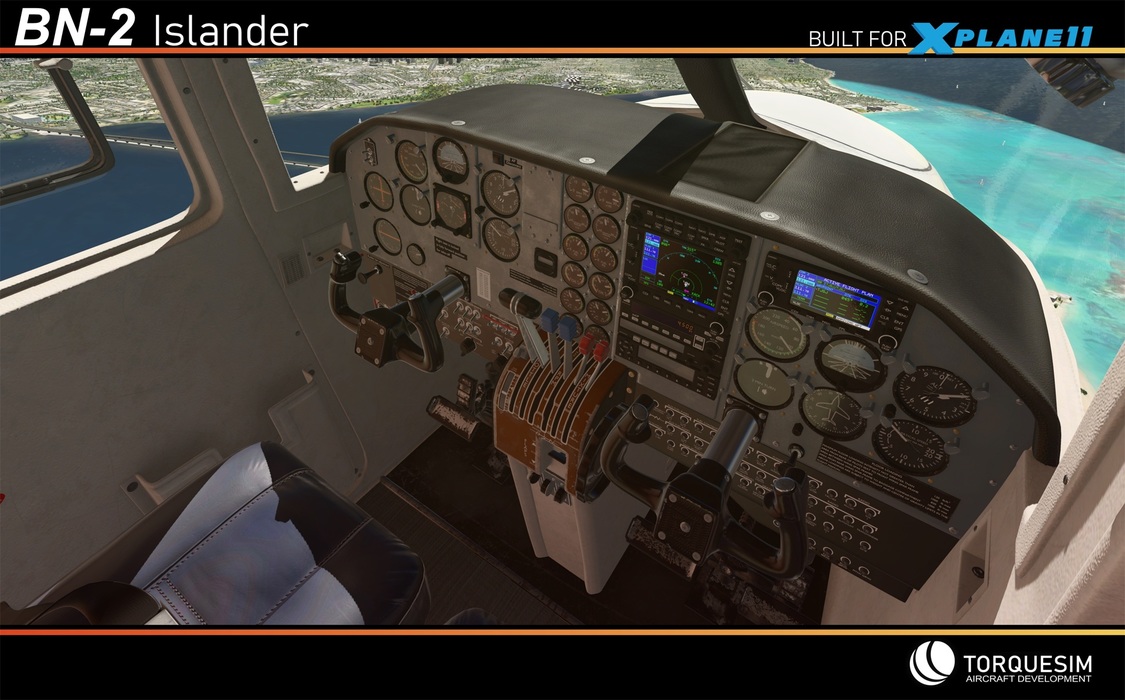 Furthermore, the developers write that the plane should not only be available with a conventional, analogue cockpit, but also with an AFM G5. In other words, virtually a small PFD and MFD.

Further features will include a fully programmed electrical system and the simulation of the circuit breakers. Furthermore, various systems will be simulated, such as a KFC 225 autopilot and a Garmin-like transponder. Since beta testing is to begin shortly, the release should also not be too long in coming. So we can be curious and in the meantime we can already bring our deckchairs to Helgoland airport for a break or two. 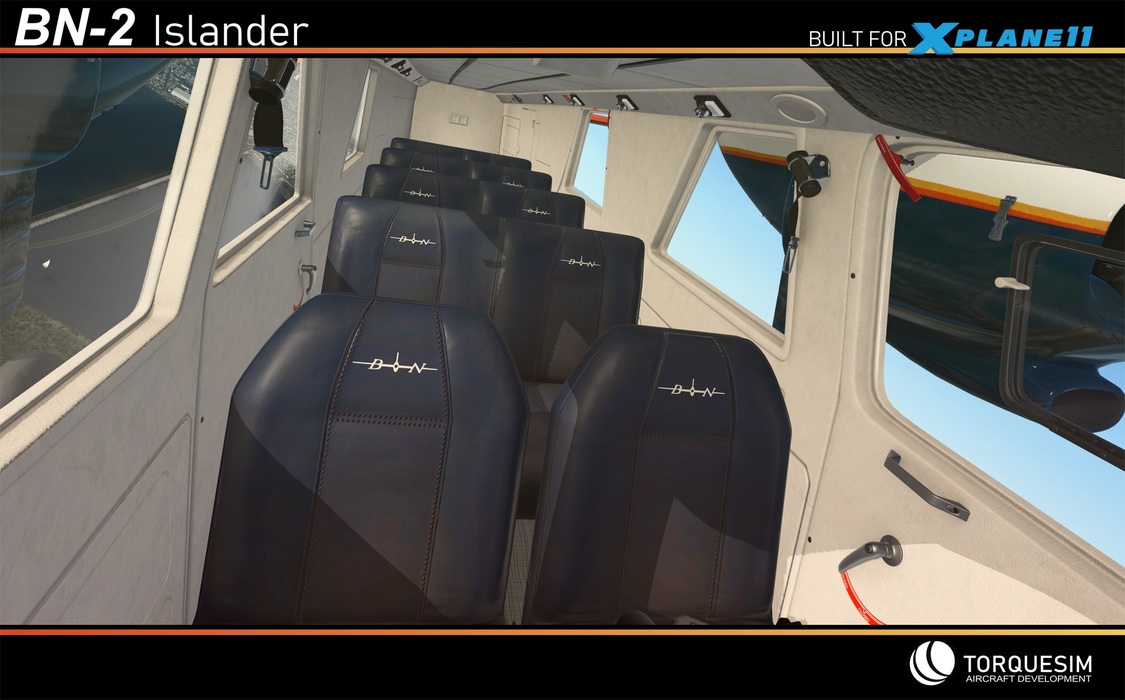 The latest status update with the screenshots shown in this article (and even some more) can be found here in the TorqueSim Blog.